You probably think of the street art and murals that were created as a physical manifestation of the protests. Street art (a term that includes murals, graffiti, wheat-pasting, stencils, stickers, and much more) has always been on the fringes of the art world, as it is typically unsanctioned. It’s less likely to grace the pristine white walls of art galleries and museums than “traditional” paintings and sculptures, and the street artists are much less likely to profit monetarily from their artwork. Street art has been used for generations to raise awareness of social and political issues, and the street art created in response to the BLM protests during the summer of 2020 in Madison is no exception. 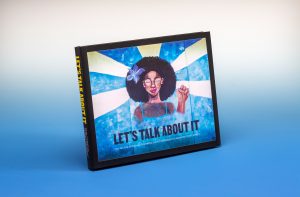 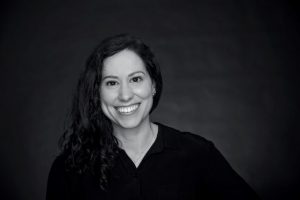 “These meetings were just as much of a learning experience for me, as for the artists, if not more so. What I learned is that there is much to learn about ownership, preservation, and copyright issues surrounding street art and protest art, such as murals.” –Maureen Ragalie, gener8tor Art

The businesses surrounding the Wisconsin State Capitol boarded up their windows as they braced for protests after the murder of George Floyd (mostly peaceful protests, I should note). As businesses boarded up their windows, the City of Madison Art Commission made a decision to commission local artists to create murals on the boarded-up windows. Madison artists responded with enthusiasm and ended up creating over 100 of murals throughout the city, each reflecting the emotions of the moment.

These murals quickly became an ephemeral way of capturing this moment in history. Once the protests were over, the murals quickly started to disappear as businesses reopened and the plyboard was removed from windows. My friends at American Family realized these magnificent murals needed to be documented before they completely disappeared from the city. They set out to photograph all the murals that were commissioned by the City of Madison and interview the artists in order to better understand the labor and love that went into these amazing works of protest art, as well as to capture the voices of protest during this culturally significant moment in time.

Where do I come into this story? My name is Maureen Ragalie and I am the Director of gener8tor Art, an accelerator program for visual artists. Our goal is to help artists achieve greater success by providing the support and mentorship needed to maintain a sustainable art practice and navigate the art industry. The American Family Insurance Institute for Corporate and Social Impact is a major sponsor for the program that I run for Wisconsin based artists and they are familiar with the professional development webinars and one-on-one office hours that I host for artists. The Institute asked if I would be interested in putting together some resources for the muralists in Madison, as a means of thanking these artists for their amazing work. I jumped at the opportunity to create a program designed specifically for artists who created street art as part of their protests against police brutality.

I’m a huge self-described “art nerd” and a supporter of BLM, and I was really interested in the unique challenges posed by the murals surrounding the state capitol. Along with capturing the emotions of this particular moment in history, the State Street murals posed interesting challenges of ownership, preservation, and documentation. Questions such as: Do the murals belong to the artists, or the owners of the plywood that the murals are painted on? What happens to the murals once they are removed so that the businesses can reopen? What are the copyright issues of reusing images of these murals on postcards, t-shirts, or books? How can the muralists use this moment to reach a larger audience with their artwork?

Over the course of several months I met with a group of muralists on a weekly basis to help them navigate these challenging issues related to their murals. We learned from experts about the topics of copyright law and other legal considerations for visual artists, pricing and compensation models for artists, online art sales and art e-commerce, and branding and marketing for artists. I met one-on-one with many of the muralists to offer individualized support as they navigate their careers as artists, and I connected several artists with one-on-one legal advice and mentorship from the Law and Entrepreneurship Clinic at UW-Madison. Along with these “business” oriented offerings, we also spoke about how the murals can represent social and political protest, and yet they can also be used as a tool of gentrification. We learned from other muralists, practicing in cities like Detroit and Chicago, how the BLM murals in Madison fit into a larger conversation about protest murals.

I want to clarify that these meetings were just as much of a learning experience for me, as for the artists, if not more so. What I learned is that there is much to learn about ownership, preservation, and copyright issues surrounding street art and protest art, such as murals. What was particularly interesting is that these issues were being raised not only in Madison, but throughout the country as other cities grappled with finding ways to honor and preserve the amazing murals that were created in response to the BLM protests in the summer of 2020. Unfortunately, I’m sure we will have more incidents of police brutality to protest in the future and more protest artwork will fill the streets. Will this artwork end up on display in museum collections and reinstalled as public art in prominent locations? Will we remember the stories and emotions of the artists behind these works of art? At least going forward, this group of muralists in Madison will be better prepared to navigate the complex legal issues surrounding their artwork.